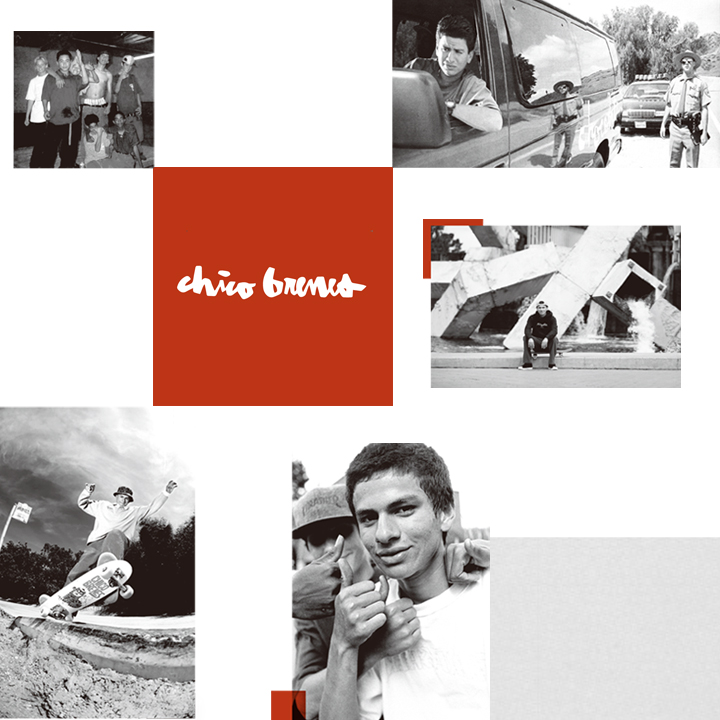 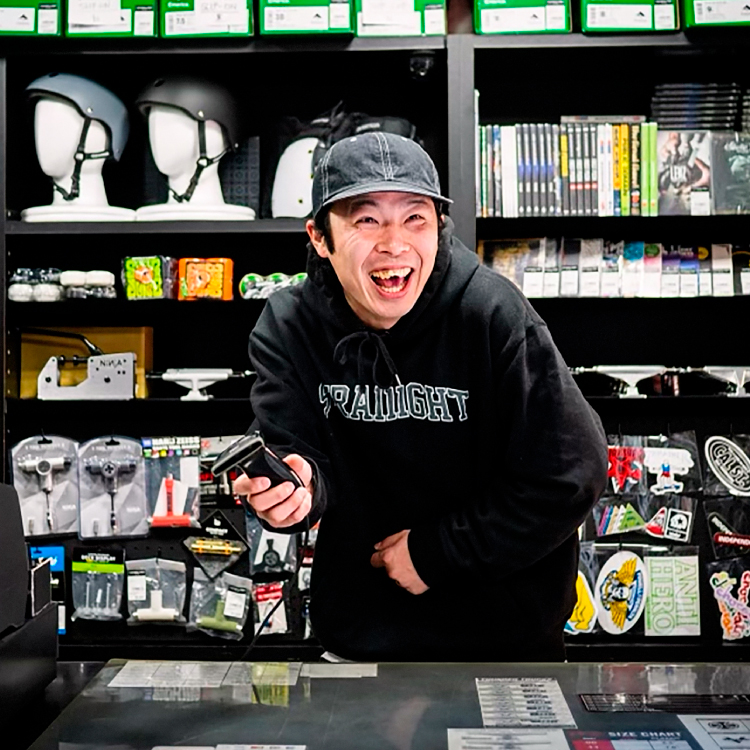 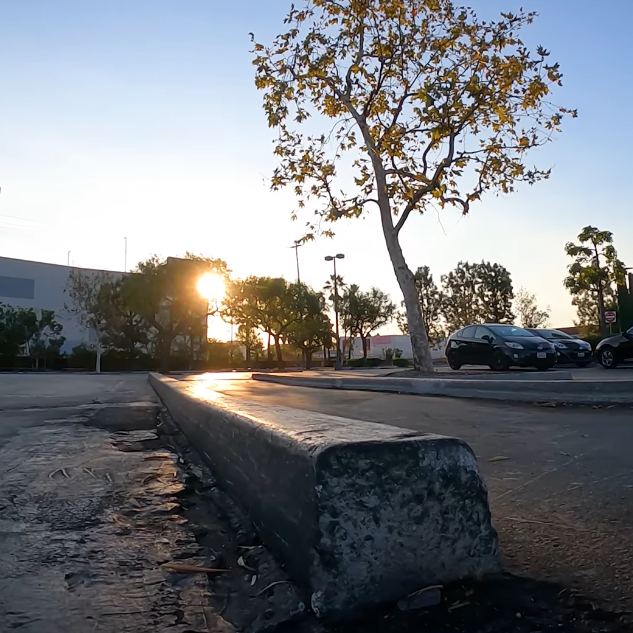 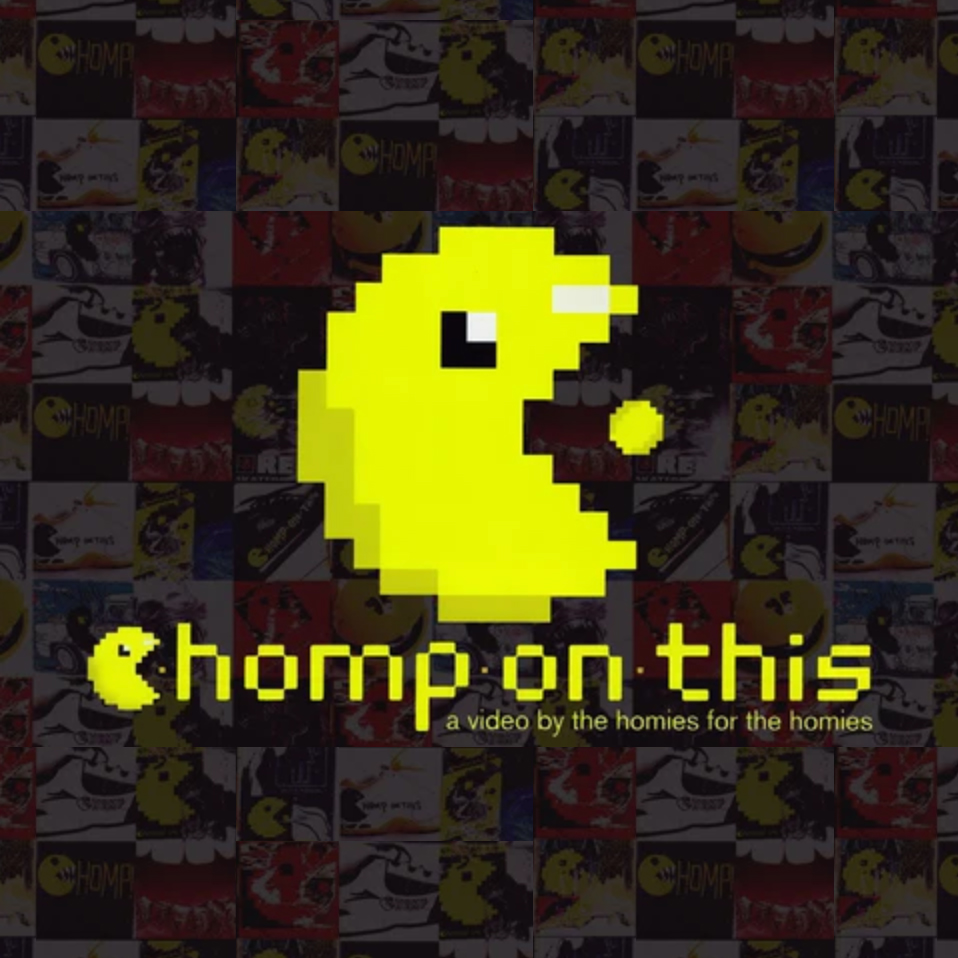 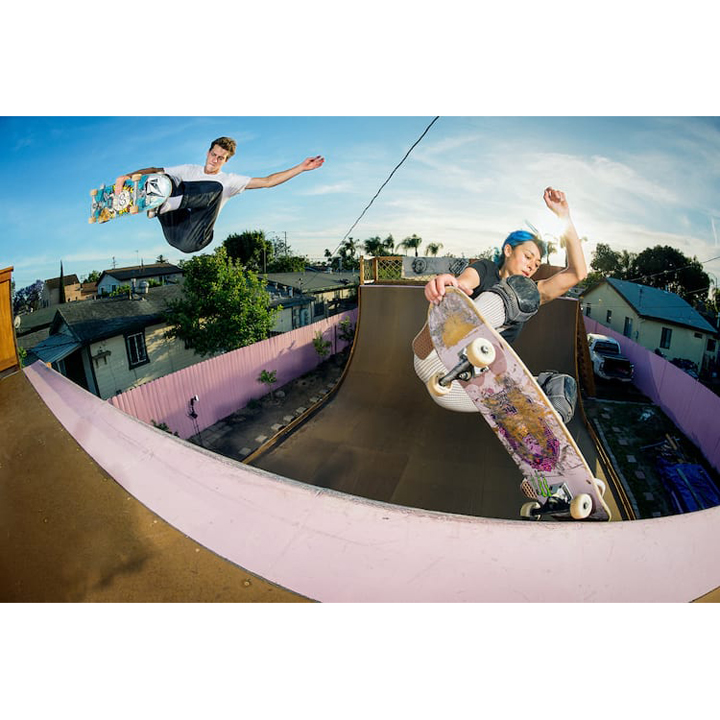 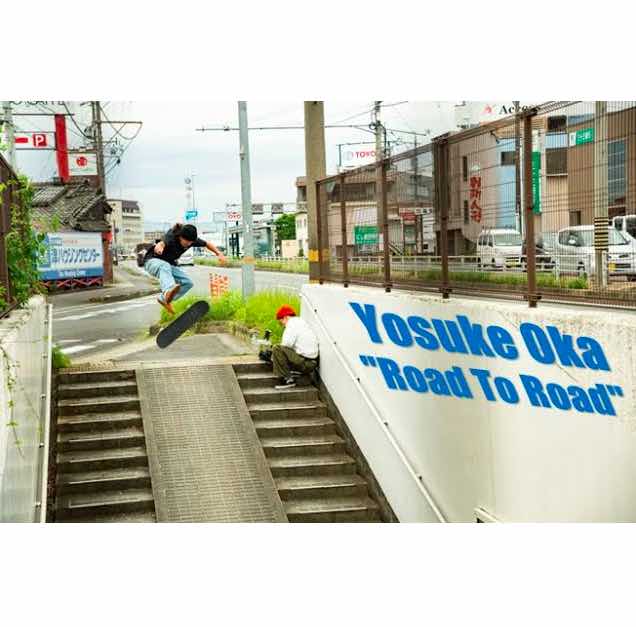 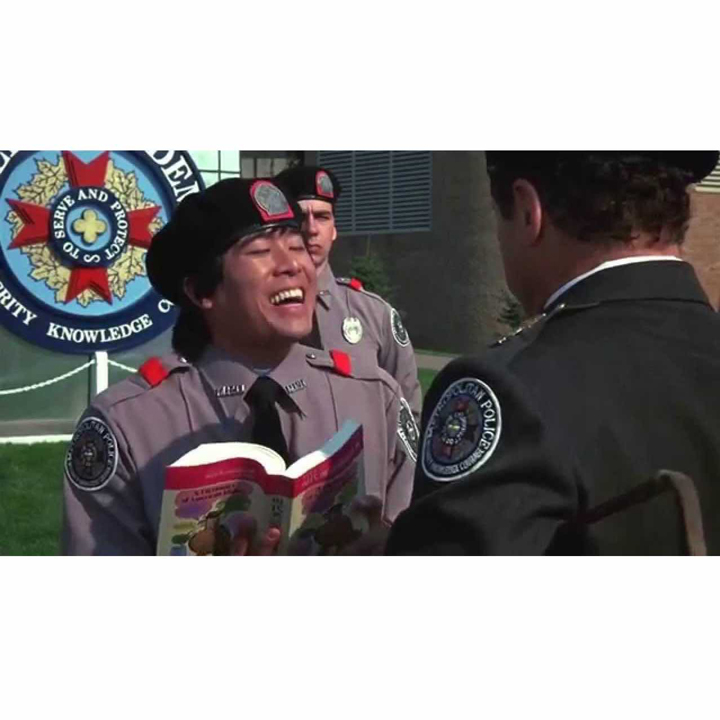 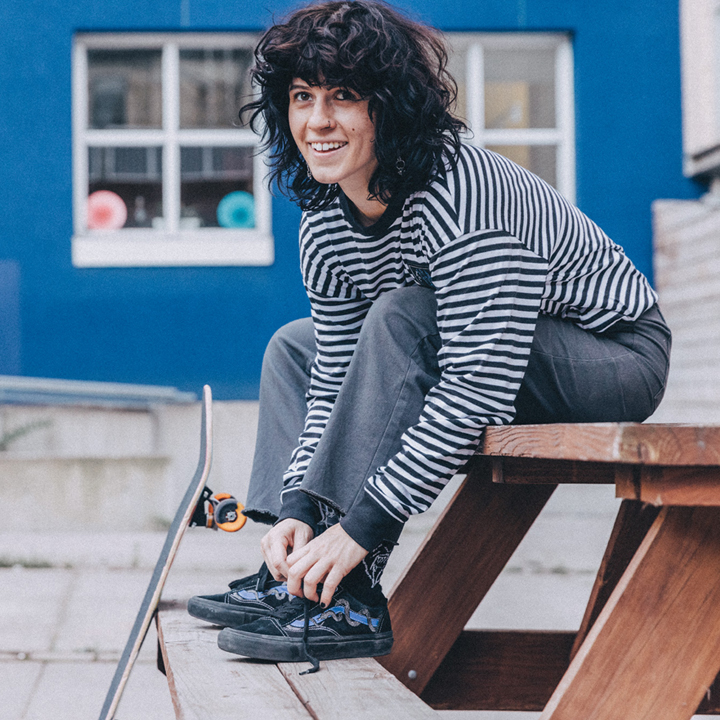 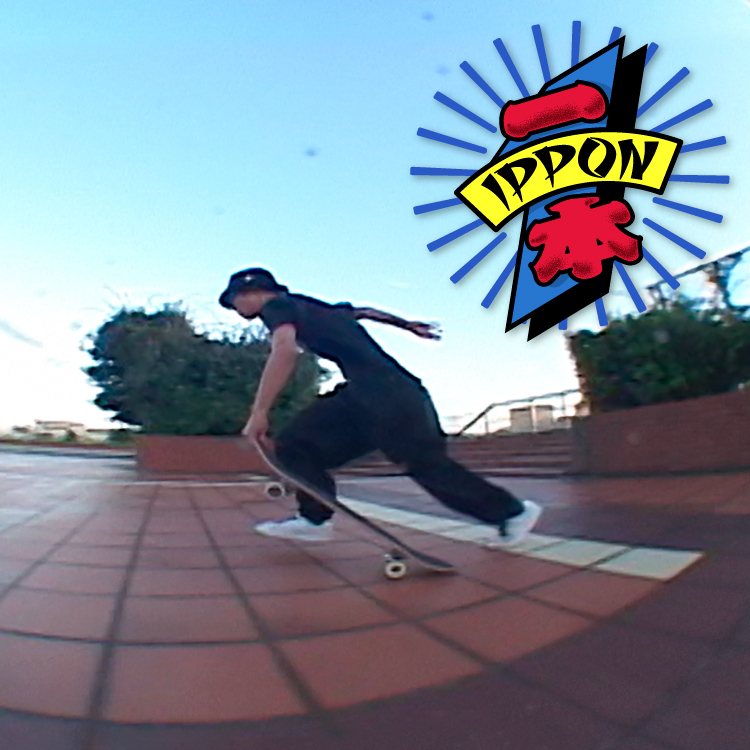 Get out of the city. Standing on th…
──Vol. 7 : HOW TO – HITCHHIKE IN JAPAN

Get out of the city. Standing on the corner of scramble crossing, Shibuya with a huge backpack and your thumb sticking out won’t get you anywhere… And you’ll look like a tit. So find out what highway you need to take and find a way to get to the first service area. Bus, walk, skate etc….

Be approachable. The further I got from Tokyo, the more I realised that just the fact that I’m white could paralyse the locals with fear. I might as well have been a 6 foot cockroach covered in human blood holding a machete for the way people scurried around me to get to the toilet, then stole glances from the safety of their cars as they sped off back onto the highway, burning tyre tracks into the car park. Alright that’s an exaggeration but it’s a good idea to shave, look as clean as possible, cover up gang/prison tattoos, conceal your weapons and maybe wear a shirt.

Make a sign. There are always cardboard boxes round the back of the service areas so just bring a decent marker pen. It’s best not to write your final destination, but just the direction ‘north’ or ‘next service area’. If you’re a foreigner, it might be a good idea to write ‘I speak Japanese’ (in Japanese) because there aren’t many English speakers in the Japanese countryside. A smiley face will go a long way too ¯_(ツ)_/¯ 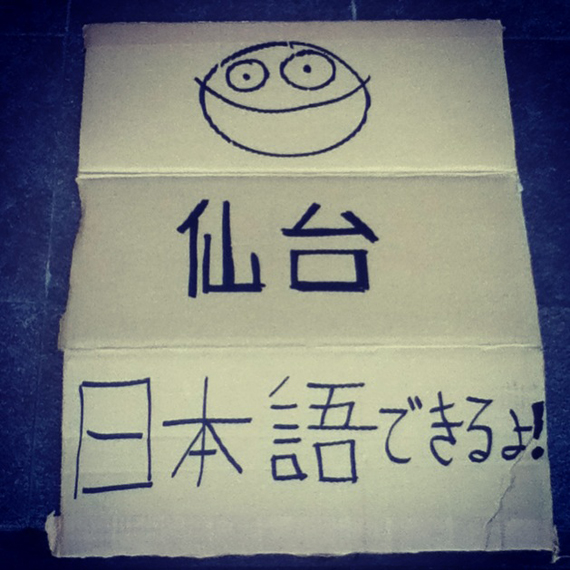 Position yourself well. ‘Shit happens’, so waiting outside the toilet will get you the most traffic, but might make you feel like a coke dealer… I decided to stay inside the service area, sat at a table with the sign propped up while having a coffee. This will give people the opportunity to talk to you and make sure you’re not a psycho that’s going to eat their children for lunch before they decide to let you in the car. This also means that only the people that genuinely want to pick you up will approach you.

Fix the destination before setting off. Make sure it’s understood that you are happy just to be dropped off at the next service area, but if they are travelling in the same direction, you’ll probably be taken as far as they go.

Money. You can try and pitch in for petrol but probably won’t be allowed to. The hospitality I received was truly next level and I was generally treated as though I were a guest. I couldn’t even pay for my own lunch. On my second ride into Sendai, I was picked up by a couple that decided to give me a tour of the city, took me out for dinner, refused to let me stay in a hotel, took me home, bathed me, got me drunk, put me up on a futon, made me breakfast and then drove me back out to the highway with a few beers in my backpack and an umbrella for the rain.

Give and take. I wasn’t sure how to react to complete strangers treating me way better than my longest known friends do. In most cultures it’s offensive to refuse something that’s being offered to you (flashback to a Mongolian family offering me a cup of lumpy bubbling horse milk, right after throwing up my breakfast…), and I know that in Japan it’s polite to refuse something once (when you really want it) before accepting it on the second offer, but I didn’t really know what I should do when I couldn’t even pay for my own drink in the convenience store. Giving a small gift back will give you some peace of mind if nothing else. I took a portrait of the Sendai couple and send it to them to put on their fridge. And at the very least be sociable and make sure they’re having a better time with you in the car. Share stories and experiences. 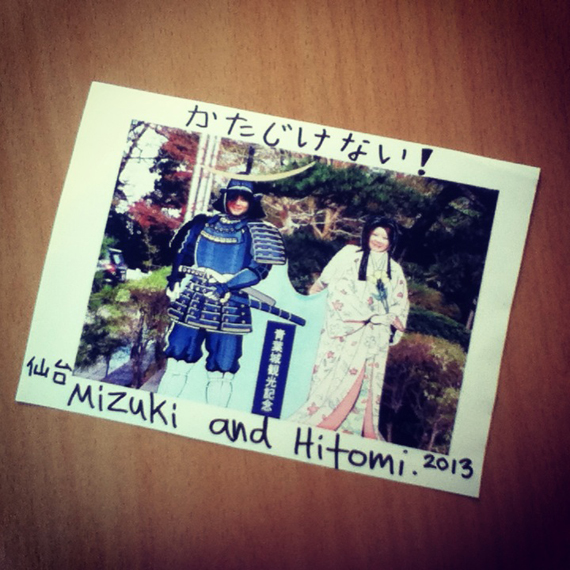 Don’t expect the whole trip to be so lovely. Near Tokyo I didn’t spend more than 5 minutes waiting for a ride but further North I waited for around 2 hours in one service area. Be ready to wait around in the rain, sleep in a family restaurant or change your plans at a moments notice.

Note. Nobody that picked me up had ever seen a hitchhiker before, and most said that they’d never spoken to a foreigner in their life, but hitchhiking is very easily doable and safe in Japan.100 percent recommended. It’s free, fun and things will happen. On the day I set off, I ate four new Japanese snacks, met several interesting characters and saw a new city without spending a penny. And anyway, by not driving yourself you’ll save energy and decrease Japan’s dependency on nuclear energy. Peace and love! 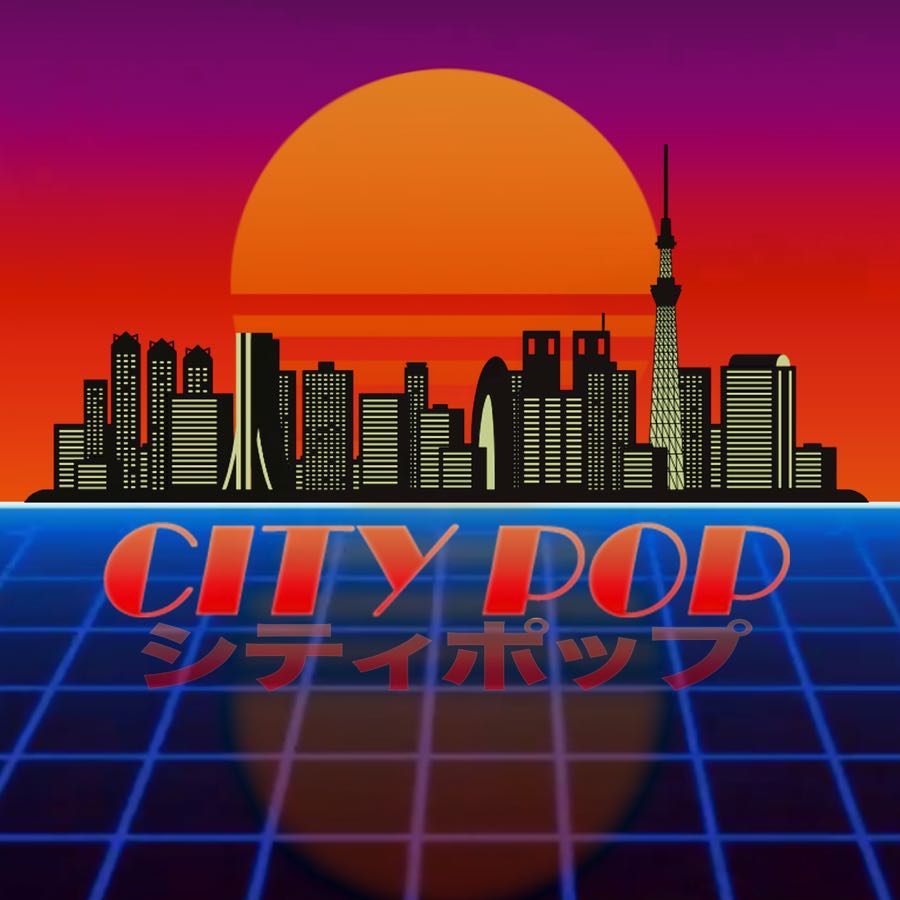 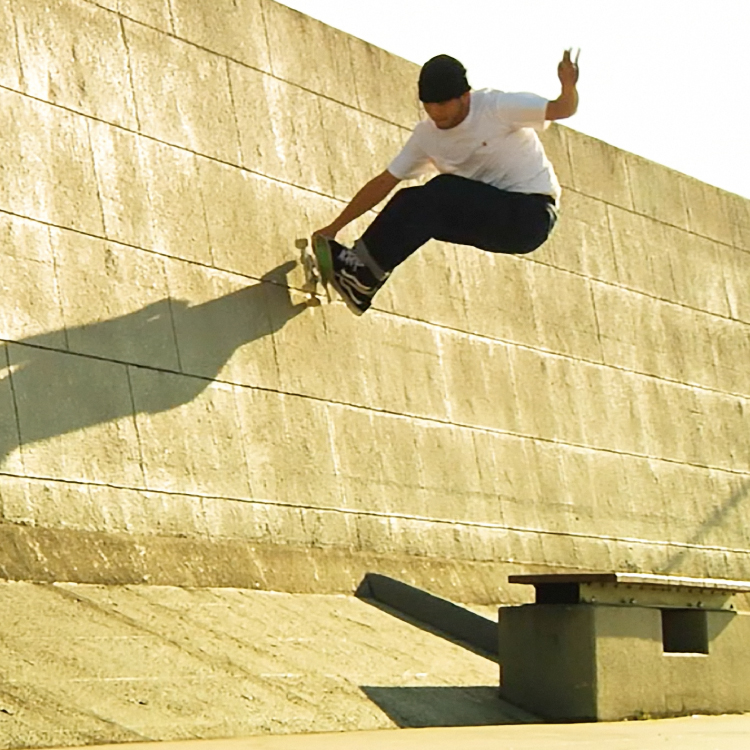 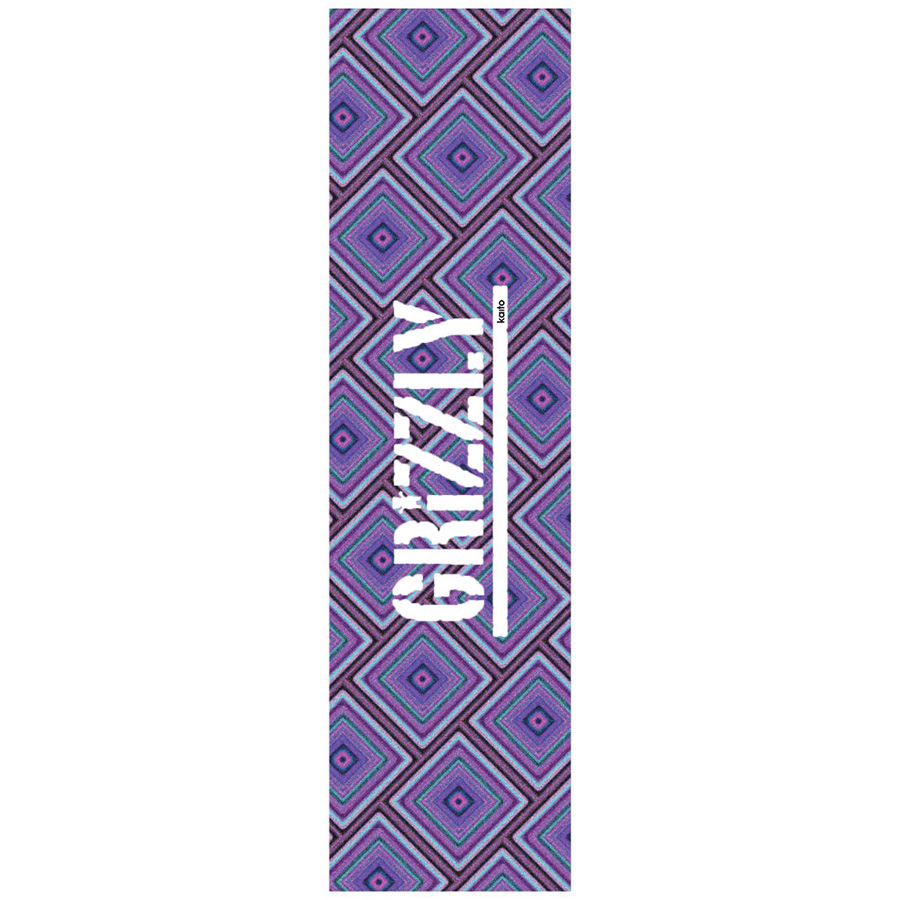