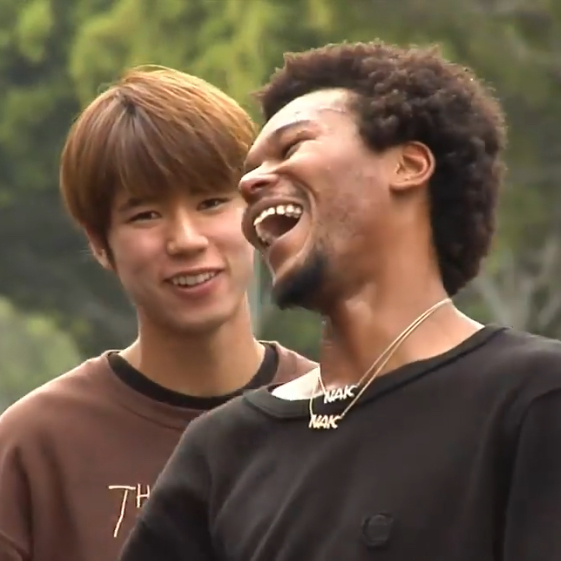 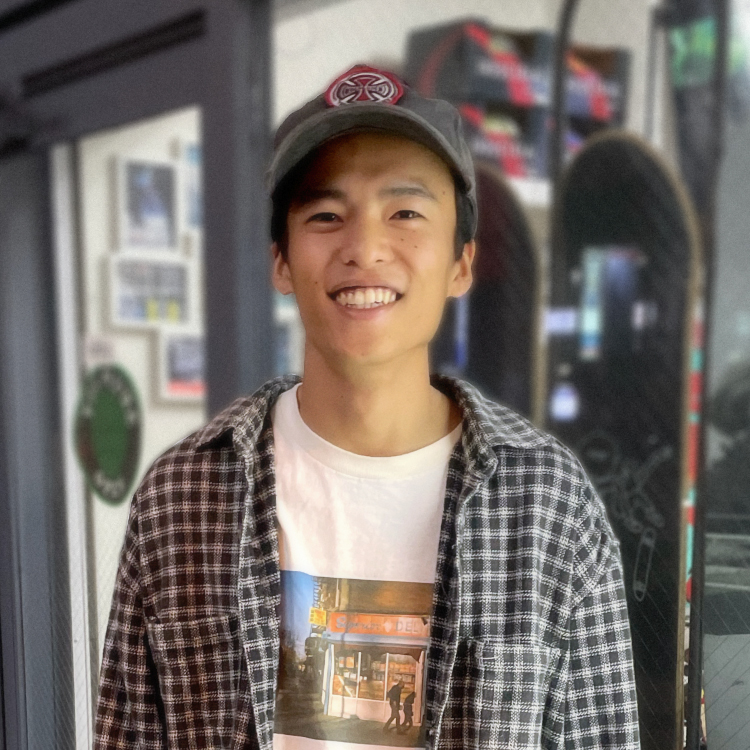 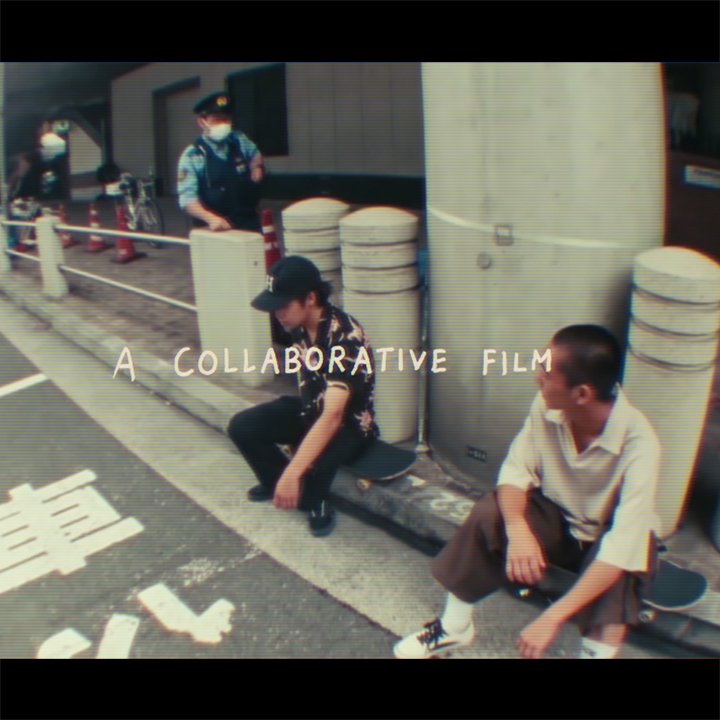 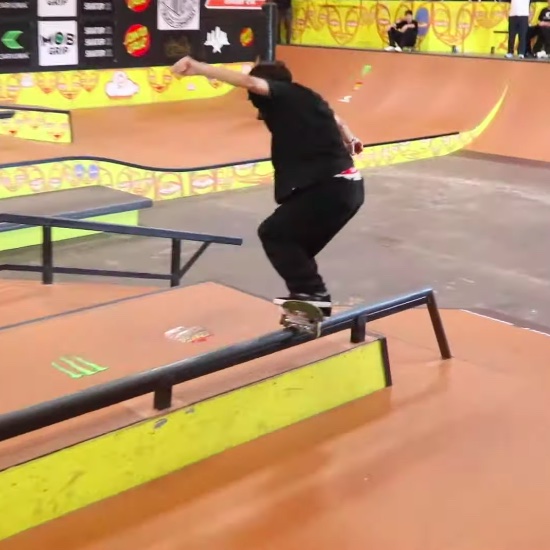 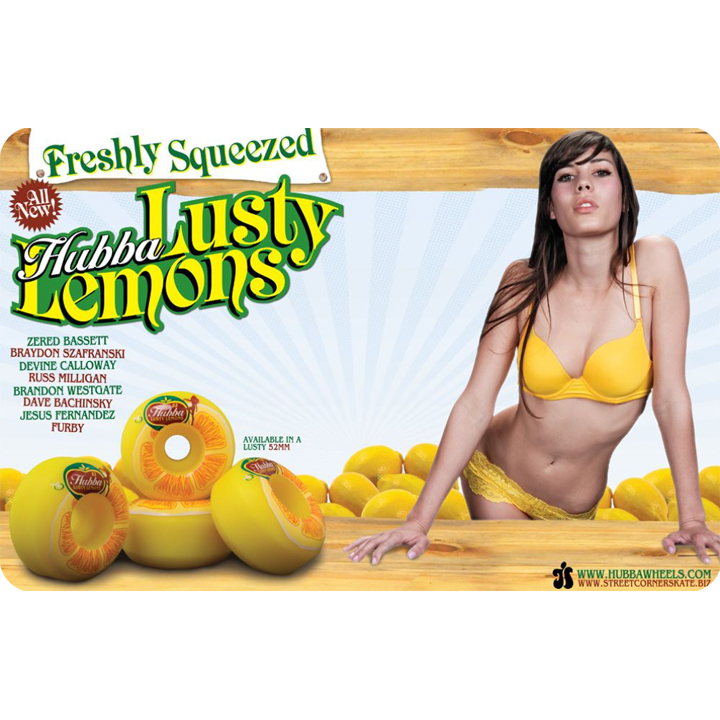 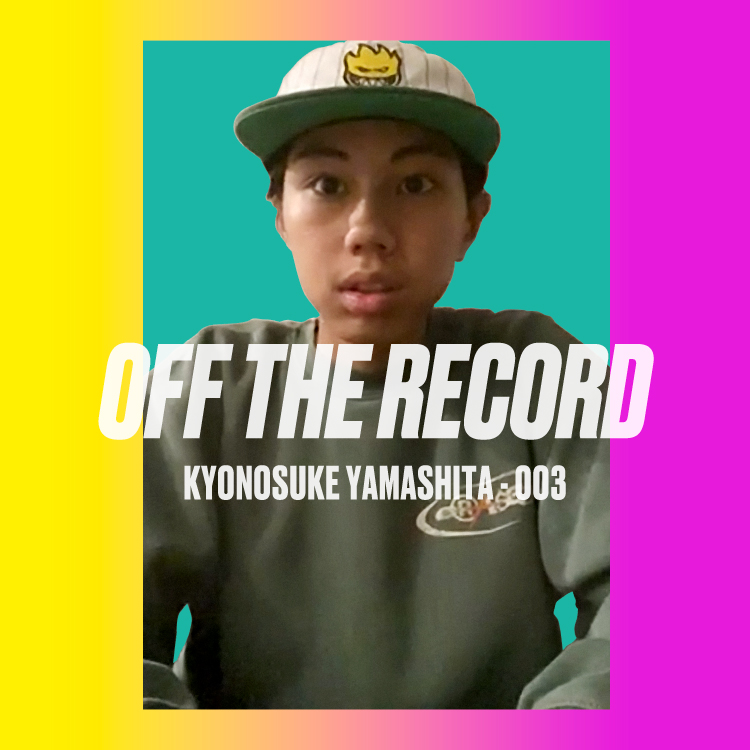 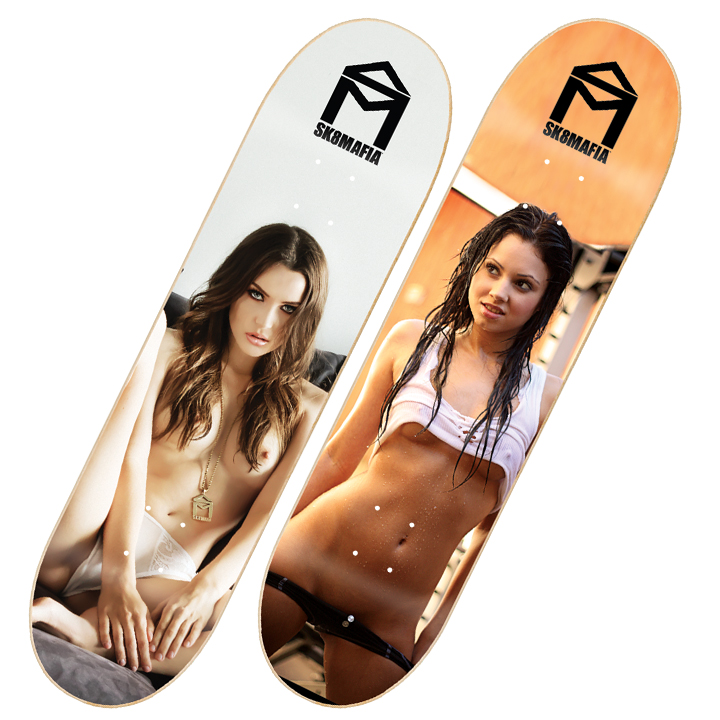 Style, creativity and positivity... some of the most important things in life. We caught up with Daniel Lutheran aka Dan Lu who has released collaboration socks from Stance.
──DANIEL LUTHERAN (ENGLISH) VHSMAG (V)： You're from Albuquerque, New Mexico. When and how did you start skating?

Daniel Lutheran (L)： Yup Albuquerque, the land of enchantment. I really started getting into skating around 2000, mimicking the older crowd my brothers would hang with. We were constantly influenced by everything extreme, from movies to X Games, snowboarding to pogo sticking, haha.

V： What's the best thing about your hometown?

L： The lay of the land. My parents moved there long ago and built a beautiful life that backs up to the foot of the mountains. It's one of a kind. There is open space, nature, and the city with opportunities, all within reach. The wildlife there shaped who I am today without a doubt.

V： Who were your influences as young skateboarder?

L： Local heroes. My older brothers, skate shop locals Chris Hickman and Chris Cumbers, older kids in school I admired. My good friend Lane's whole clique. I didn't look outside of our neighborhood for influences until I realized there was a huge California skate world.

V： What would you say was your tipping point as a skateboarder?

L： Getting acceptance at the skateshop, The Beach Zone, was a major tipping point for me. I had begun to dedicate most all my time to skateboarding and really progressing, but those guys, Pat and Todd gave me the first push that began to shape my thoughts on skating. Entering contests, filming parts, seeing magazines, it all came around this time and I knew I wanted to be engulfed in it.

Sating ad art go hand in hand so well they usually end up complimenting one another.

V： How did you get into art?

L： Influences from my dad at a really young age. He's a natural at anything he tries. He tediously designed and built his house out of his imagination. I think being a kid watching him work with his hands in different mediums influenced me subconsciously and from there he always advocated arts for me.

V： How would you describe the style of your art?

L： Um sporadic. I don't have a defined art style, in fact I don't even have a defined medium. I describe myself as someone who's passionate about being creative yet hasn't formed a definitive position in my art career.

V： There are many skateboarders who do art. What do you think is the reason for that?

L： I think it goes hand in hand with being a creative. If you ask a lot of skateboarders or musicians they've been doing art the same amount of time as the former. The mindset and lifestyle allows you to soak in so much influence and being surrounded by a creative community can help be a catalyst for your own art form. The two intertwine so well whether it'd be designing your own products or using your time off board to get into arts as another outlet. I think it's a wonderful thing they go hand in hand so well they usually end up complimenting one another.

V： How did you get involved with Stance?

L： When Stance first formed, Ryan Kingman reached out to see if I would be interested in being part of the first "sock brand" in the extreme athlete world. I was immediately down. I could tell from the get go with the team of advocates they where building and the ideas it was going to be something unique and uplifting in a lot of ways. Looking back now I'm so thankful to have been, and to be included!!

L： The vast platform they have created for artists and advocates, whether it'd be to get our design and ideas out there or simply support our video and magazine projects. The company gets behind so many forms of creativity, it's a constant encouragement.

V： Tell us about your recent collaboration socks. How did the artwork come about?

L： I had a stance collection come out a couple months ago that had been in the work for a year or more. The creative process was so simple and it's sort of a time stamp on that particular period in my life. The colors are pastel which are smooth yet loud enough. The idea behind the socks is just a casual balance in life. You don't want to have nothing, and you don't want to have too much, what's right in between is the golden spot. Balance and happiness.

V： How did the sloth character come about? What's the story behind it? Does it represent something in yourself?

L： It was a simple idea I wanted to convey, taking life slowly and enjoying whatever speed/balance works best for our individual self. The whole thing is supposed to represent a positive feeling and a goal to work myself into a position where life is most enjoyable. Slow, steady, happy and aware.

V： What was the reason for using the hang loose sign?

L： The hang loose derives directly from a tattoo I have of the exact same thing. Once again it symbolized letting things be lucid and enjoyable. Don't take oneself too seriously nor life in general.

V： Tell us about the function of the socks. How is it different from other normal socks?

L： The socks are as functional as they are fashionable. They're the Stance Pro Skate collection which include extra arch and heel support. They've been designed to wear better on the foot and ankle, including padding in sensitive places and seems that make sense for the movements done throughout your typical skate day.

L： The Basquiat Collection that they just dropped are hands down my favorite thus far. Rihanna too, she always has amazing lines.

L： Theres no defined way to match them. Depends on your style and goal. They range from ultra conservative to absolutely bananas. Choice is yours.

V： What are into lately besides skating?

L： I've been super into block printing and embroidery. Both go hand in hand with downtime after skating, whether it's on the road or at home. Both are therapeutic and so rewarding after patiently work.

Your ideas and mindset are conveyed through your skating form.

V： What do you look for aesthetically in skateboarding? What do you keep in mind when you film or shoot video / photo?

L： Style and creativity. Having a unique voice and style in skating is what it's all about. Your projects (video/photo) turn into an art piece. Your ideas and mindset are conveyed through your skating form. I think people's style says so much about who they are in a lot of their facets in life.

V： Anything you keep in mind fashion-wise?

L： Fashion wise it's good to be lucid, be free with yourself. Pick and choose your influences from the things you love whether it's skateboarding or not. If you strive to define yourself by fashion I think you end up falling into a mundane category.

V： Anything you want to make happen with Stance?

L： Ya absolutely, I want to get underway with sock design number two, which I have so many ideas for. Next I want to design a line of briefs which would be a major opportunity and something new for me. Of course continue traveling with the brand spreading creativity.

V： Any project lined up in the near future?

L： Totally, we are well under way for full length Toy Machine Bloodsucking Skateboard Co video! We've slated a deadline for early 2019 and it's looking really good. I'm focused on that and putting my energy there. Meanwhile I have a Thrasher Magazine and Transworld Skateboarding interview that I want to accompany this part so skate wise, staying busy out here!!

Born and raised in Albuquerque, New Mexico. Known for his big smile and skates for Toy machine and Stance. His notable work includes Brainwash and Propeller.