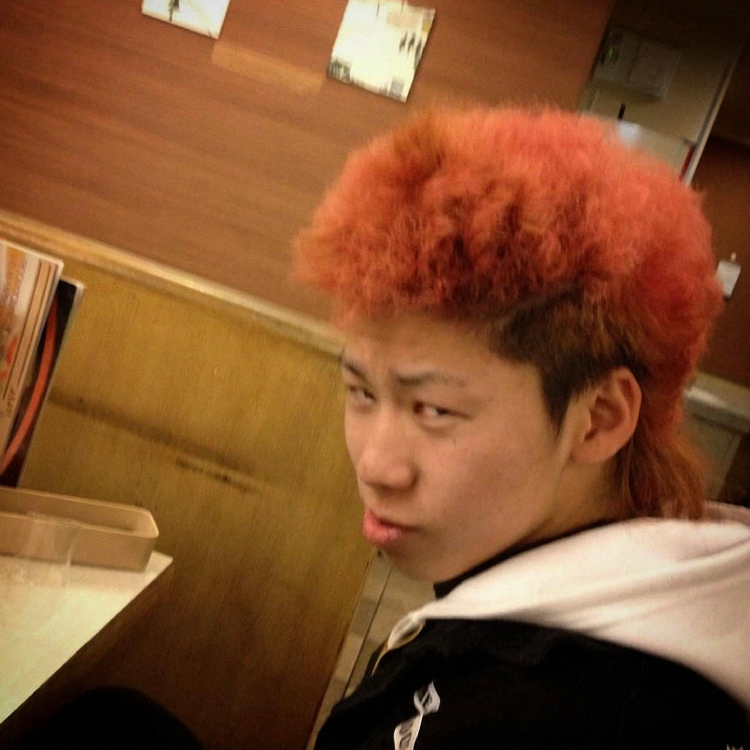 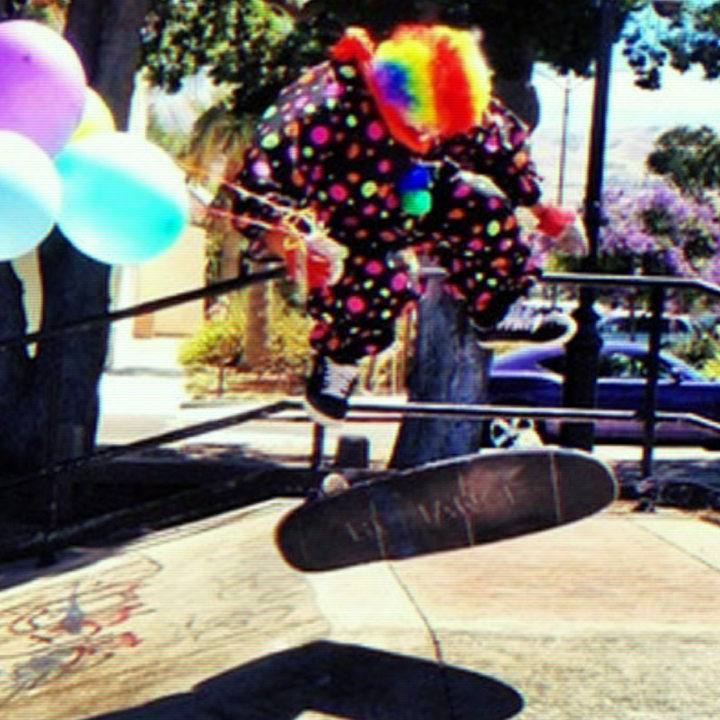 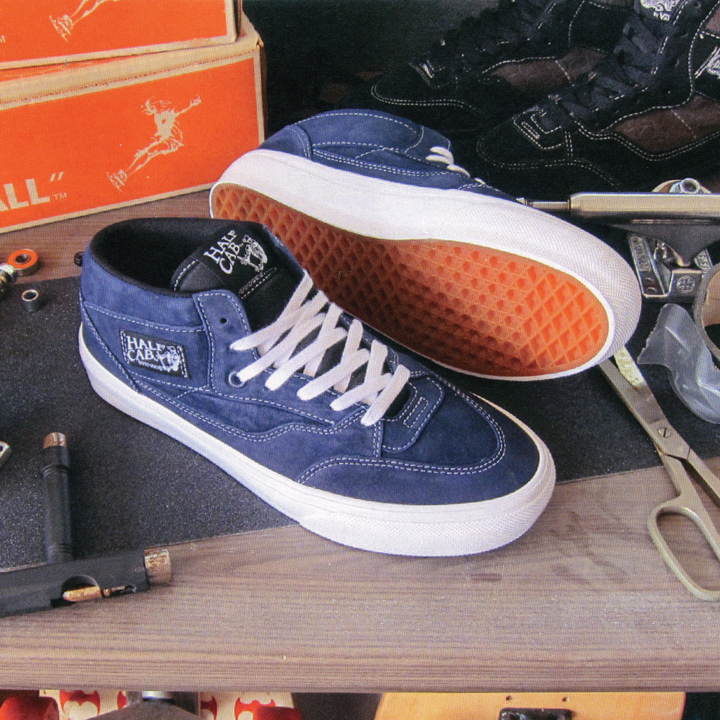 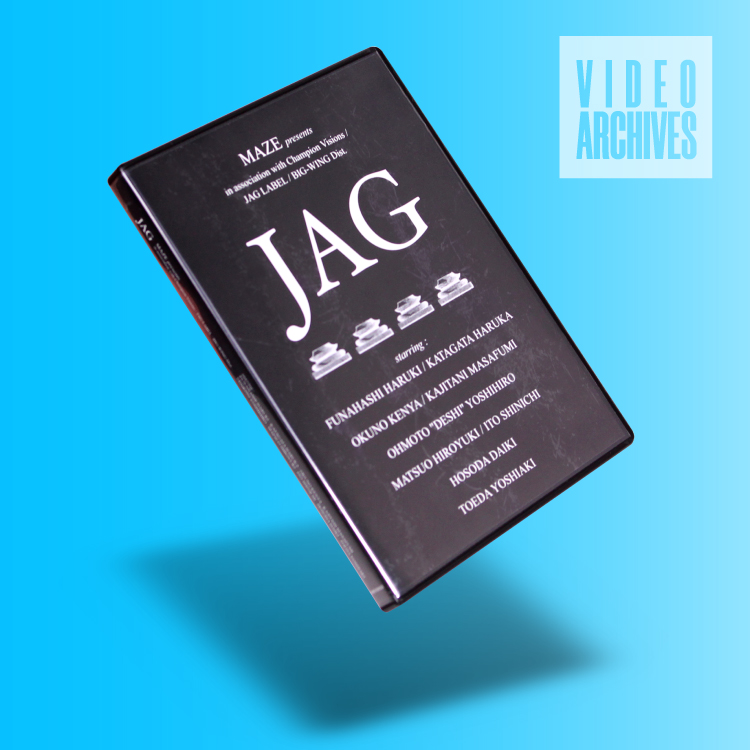 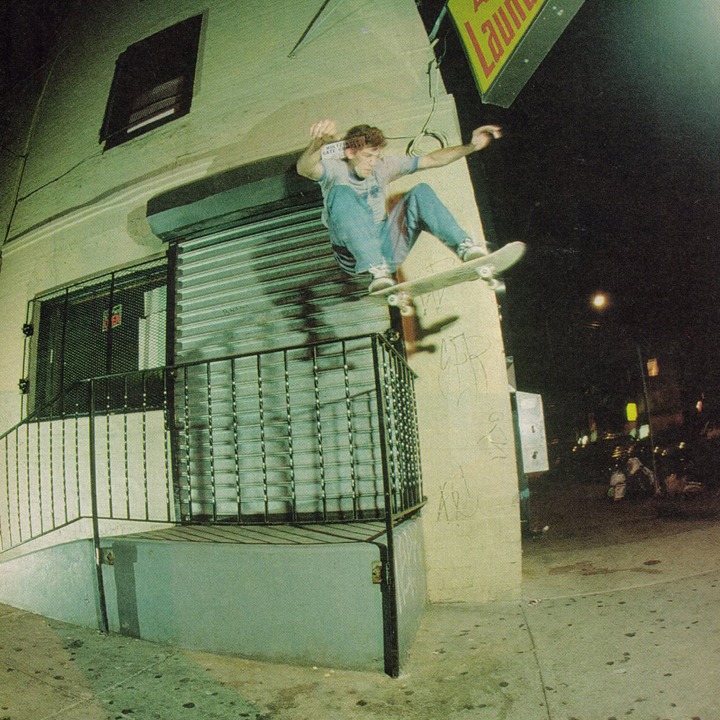 BURDEN just released its first video BETWEEN THE GROUND AND YOUR SHOES. The video includes full parts of Ryota Abe, Kaito Murai and Hiroyuki Matsuo, filled with bangers. We caught up with Hiroyuki Matsuo the director of the video and asked some questions.
[JAPANESE / ENGLISH]

VHSMAG (V)： BETWEEN THE GROUND AND YOUR SHOES is finally done. How do you feel?

HIROYUKI MATSUO (H)： I think I was able to express my view on skateboarding, and also all the riders’ characters and styles through the video. I’m very thankful for all the work by the riders and filmers.

V： Can you talk about what BURDEN is all about?

H： Well, life is full of burden and that’s why we need to embrace something that we can really get into so that you don’t lose track of yourself. That’s why I named it BURDEN. It’s a place where the team can express their sense of values and we’re planning to do a lot of things based on skate culture through BURDEN. And the first project was this video, BETWEEN THE GROUND AND YOUR SHOES. We’d love to collaborate with people who have the same sense of value as us. We also will work on new video and output our things in different fields.


BETWEEN THE GROUND AND YOUR SHOES trailer.

V： How long did you guys film for this video?

H： It took two years because we wanted to film abroad as well.

V： Where did you film overseas?

H： We filmed in China, Taiwan, Barcelona and the US. Cityscape and atmosphere is different in each country so I think you can feel the difference when you watch the video as a whole.

V： The video is filled with bangers, which Japanese skaters are said to be not good at. Did you consciously tried to challenge the limit of banger tricks in Japan?

H： When I started skating, I was blown away by all the bangers that I watched in skate videos. I thought it was cool and amazing. I just wanted to be like one of those skaters in the video. I don’t think I do it consciously though. I like skating and filming, thinking a lot about the tricks and spots.

V： You, Kaito Murai and Ryota Abe all broke records of tricks that had been done at famous spots. Were there any spot in particular that you wanted to set trick record at?

H： I always try to select tricks that are never been done at famous spots. This is something normal, it’s an unspoken rule among skaters and that makes skaters and spots special. We always talk about what trick has been at which spots. If you want to leave your name at a spot, you definitely need to keep that in mind and it would be awesome if I can set a record at some spot in the US. I was flipping through The Skateboard Mag and I saw a photo of Yuto Horigome doing a frontside 5-0 at that long handrail where Rob Dyrdek did a 50-50. That was amazing. I think a lot of skaters around the world are talking about that photo.

V： When you try to film bangers back to back, I assume you can get frustrated at times. Did you guys ever get in fights when you were filming?

H： No, not really. Rather we fed off of each other and felt happy when others landed bangers. We shared those great times together and I really enjoy filming with them.

V： Any memorable trick from the video?

H： I guess the tricks we filmed at that big three wooden stairs in Odaiba. When we got to the spot and started skating, pedestrians stopped to watch the session and started cheering and filming with their phones. When we landed the trick everyone was shouting and clapping hands. Some even gave us money to get drinks (laughs). You get hassled when you street skate but there are people who think this is cool and amazing. It’s awesome.

V： What did you struggle to finish the video, and when did you feel most accomplished?

H： I like skating and filming so I didn’t really struggle with anything. I struggled with the Internet connection is the US (laughs). This is just the start so I hope this will bring us to the next step. 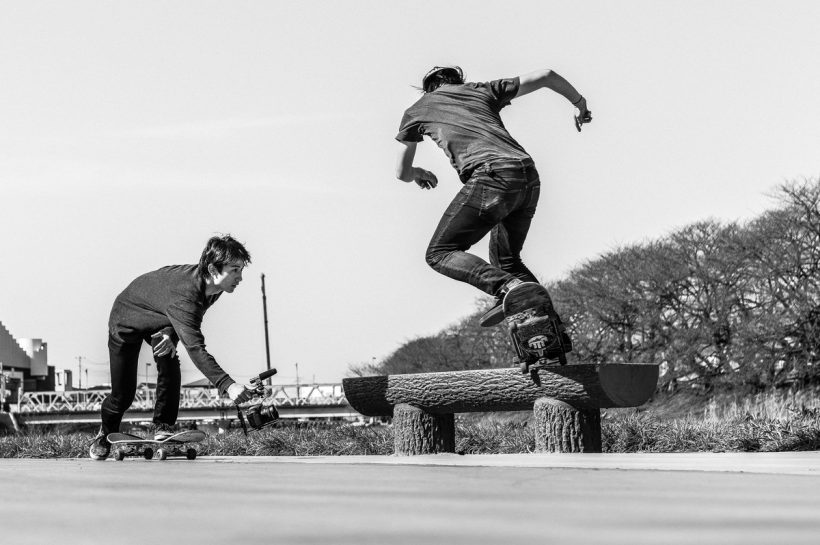 V： Which trick from your part are you most psyched on?

H： Frontside smith at this bank to rail spot on a bridge that appears in the middle of the part. It was countryside in a city called Foshan in China. It was like a place you see in Chinese movie. I was amazed that people really live in a place like that. They’d never seen skateboarding so they were watching us film. On the other hand we don’t know anything about their culture so it was nice to know their way of living. You can check that kind of footage in the bonus section.

V： You’ve done premiere tour at eight places in Japan, starting from Tokyo. How were they?

H： So many came to watch the video and we were able to share moments with people that we met through skateboarding. It was nice to feed off of one another again. 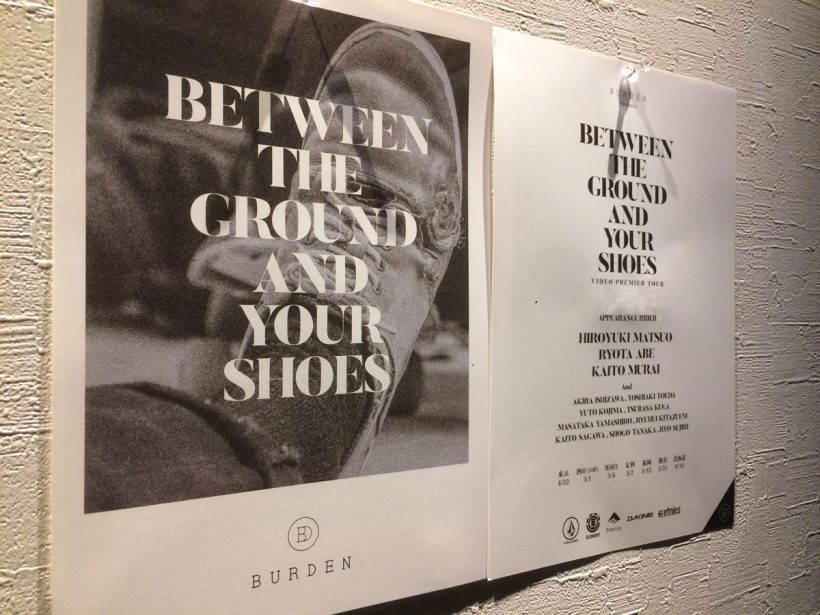 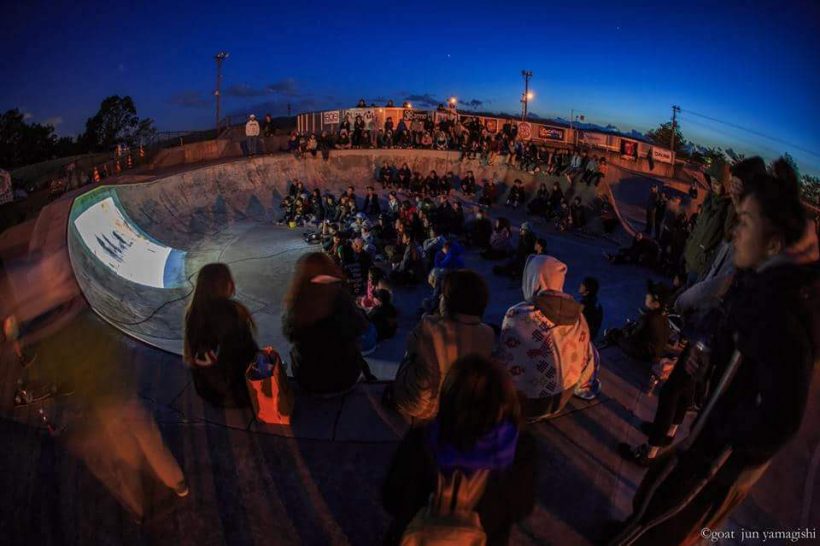 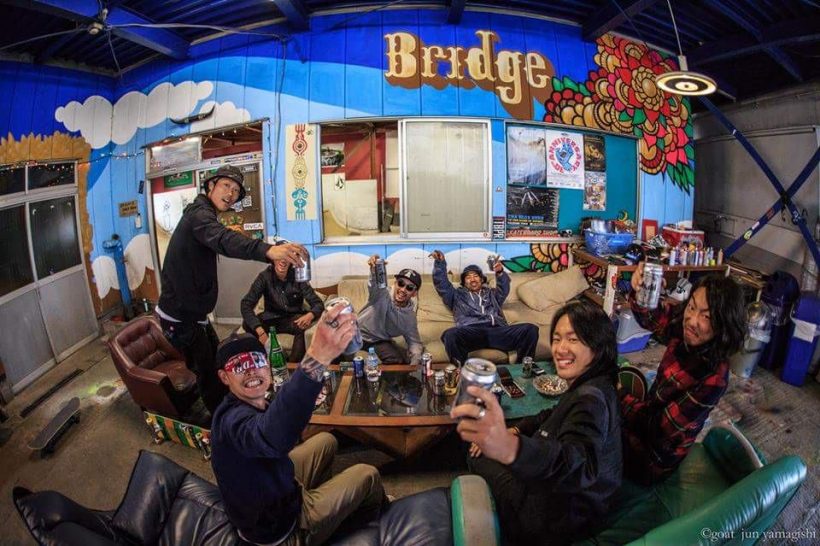 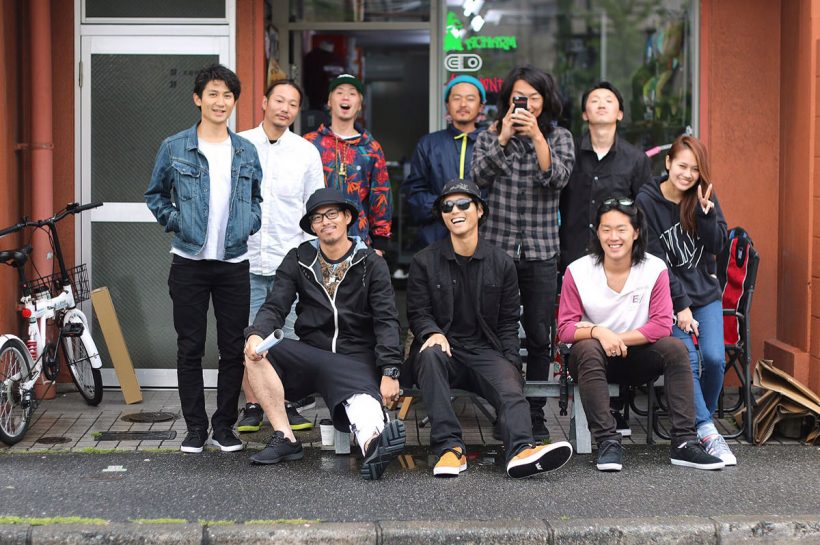 V： What’s the message behind the title?

H： BETWEEN THE GROUND AND YOUR SHOES, the title speaks for itself. This world of several centimeters between the ground and our shoes, which is a skateboard, it gives us infinite joy. Ryota, Kaito and myself are all originally from the countryside and now skating together in urban places like Tokyo and Yokohama. THE GROUND for us is where we’re from, and places like Tokyo and Yokohama is where we live and wear our SHOES at. The thing that connected us is skateboard and if it wasn’t for skateboarding, we would’ve never met. 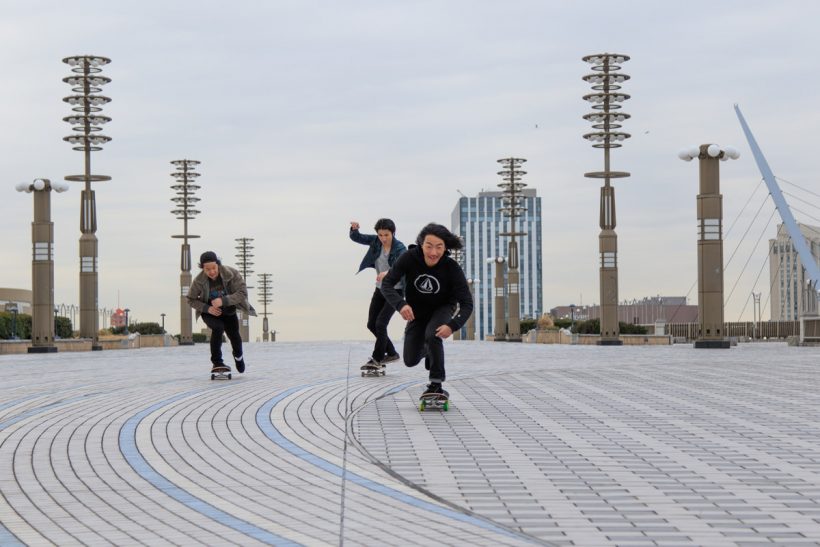 V： What did you want to convey through the video?

H： Skateboarding connected all of us and I’m where I’m at now because of skateboarding. I still have so many to experience and learn. I’d like to find them through skateboarding.

V： What’s lined up for you and BURDEN?

H： I just want to keep skating and work on my new part. I’ve already started filming. Like I said earlier, I we’re planning to output our things in different fields so I’m looking forward to make thing happen.

Born May 31, 1985, originally from Nagano. Hiroyuki Matsuo has pushed the limit of hammer tricks in Japan and has kept setting new standards in Japanese skate scene. BURDEN’s first video BETWEEN THE GROUND AND YOUR SHOES is now on sale.
@burden_